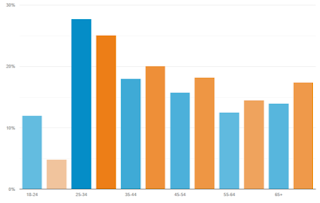 Surveys sent to all new members since March 2020 indicate that the charity is attracting a new, younger membership. Over 13,000 new members responded to their survey and of those (indicate ages).

The majority (66%) of new members joined as they were concerned about community safety. 44% said they joined to actively help make their community a better place to live whilst 33% cited a rise in crime in their area as a reason for joining.

In January this year, Avast threat researchers blocked over 500,000 attack attempts from cybercriminals claiming to have recorded videos of ...